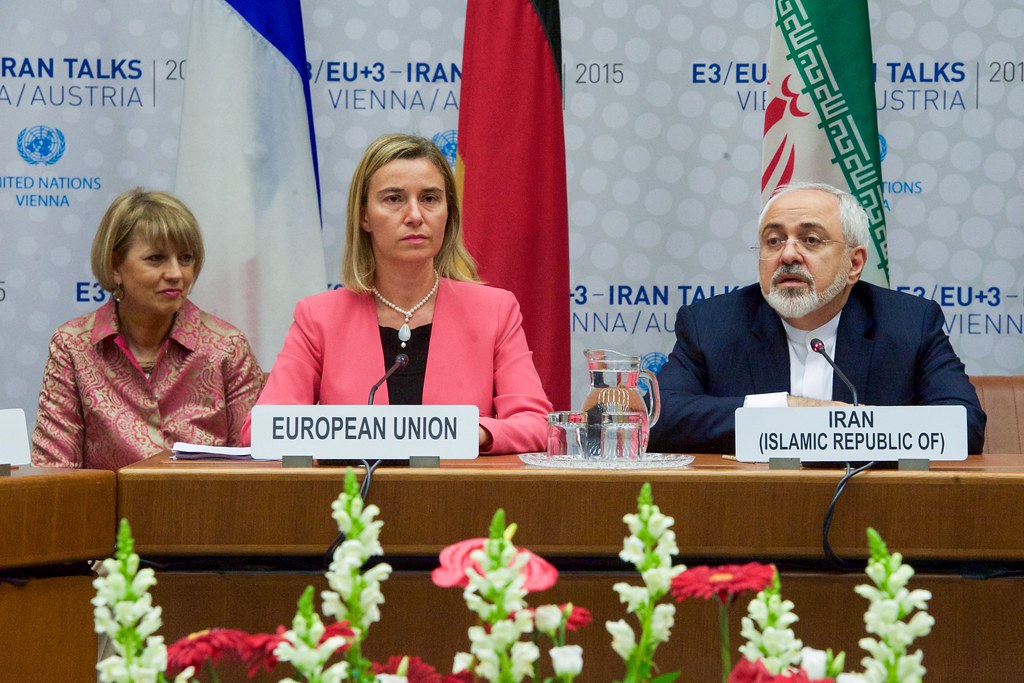 The strings holding the Iran nuclear deal together are gradually snapping. Ever since the Trump administration came to power, the agreement has deteriorated. The United States’ withdrawal dealt it a major blow. A year on, the remaining parties to the deal are in an uphill battle to salvage it following unprecedented US sanctions against Iran – and all of this comes against a backdrop of alarming tensions between Washington and Tehran. On Wednesday, Iran announced it would cease performing parts of its commitments under the nuclear accord. While Iran has not withdrawn from the deal, senior officials expressed readiness to do so through a multi-phased approach. Tehran has explicitly left a window for diplomacy to avoid such an outcome. Europe should seize this opportunity.

Iran’s announcement indicates that it is shifting from a policy of strategic patience to strategic action. It seems ready to bear the costs involved with the unravelling of the Joint Comprehensive Plan of Action (JCPOA). While this may seem irrational to Europe, Iran has concluded that the current state of play is untenable. One Iranian official recently told me that, for Iran, sticking to the JCPOA “doesn’t change the strategic calculation” of either the US to ease its pressure campaign, or the EU to take speedy action. Through this phased approach, Iran seeks to exert pressure on Europe and China in the hope they will deliver some meaningful measures on the economic front. Moreover, it may have decided this was a rational approach to improve its leverage in a possible future negotiation over an eventual US re-entry into the agreement ie. that Iran would return to full compliance if the US did so, rather than being forced into offering greater concession beyond existing JCPOA commitments.

Iran argues it has shown enough patience over the past year to allow other members of the nuclear deal to deliver a tangible economic package that offsets some of the damage done by US sanctions. Beyond symbolically overlapping with the anniversary of the US exit from the JCPOA, the timing of Iran’s announcement can be explained by the recent decision of the Trump administration to no longer grant oil waivers that allow some countries to buy Iran’s oil without fear of US sanctions. This move, together with new sanctions targeting Iran’s steel and aluminium sector, is likely to create major challenges for Iran’s struggling economy.

Through its announcement, Iran has set the clock ticking for 60 days before it moves to cease other parts of its commitments. From my discussions with Iranian officials and senior advisers in recent weeks, Iran’s leadership seems determined to follow this path and, if necessary, steadily withdraw from the JCPOA if its economic conditions do not improve.

The European Union, together with Germany, France, and the United Kingdom (known as the E3), have formally rejected Iran’s ultimatum, noting that they would consider their response based on Iran’s compliance to the JCPOA, which will be determined by the International Atomic Energy Agency (IAEA). It is unlikely that Iran’s actions in this first phase would be viewed as a “significant non-performance” of the JCPOA in ways that would press the E3 to trigger sanctions snapback. This is particularly so in light of the US decision last week to shorten and refuse the granting of certain waivers that allowed third countries to engage in civil nuclear cooperation with Iran. Moreover, Tehran could even end up staying within the threshold limits set by the JCPOA despite ceasing partial performance.

At this stage, when the fundamental restraints and IAEA monitoring aspects of the JCPOA remain in place, it would also make little sense for Europe to collapse the agreement by triggering sanctions snapback. However, if Iran ceases to fulfil its commitments in future phases of its stated roadmap, it risks crossing Europe’s red lines.

Europe and Iran clearly want the nuclear deal to survive. Yet there is real danger that in the course of the coming weeks the two sides will fundamentally miscalculate what actions the other side is willing and able to take. The prevailing view in Europe has been that Iran would comply with the JCPOA until the US 2020 election outcome was clear. This assessment seems to be the only rational path from a European perspective, but it has failed to fully appreciate the domestic politics of Iran. This includes the concept of maintaining dignity that underpins Iran’s foreign policy interactions, and the heavy economic pressure the country faces.

Iran, on the other hand, needs to have more realistic expectations from Europe and accept its shortcomings in the face of US secondary sanctions. Europe is a very different polity to the one that negotiated with Iran to strike the JCPOA in 2015. The E3 governments today are far more distracted by their own domestic politics. The future of the EU and transatlantic relations are the key foreign policy concern and all other issues, in particular Iran, will need to be assessed in light of the strategic priority to not damage trade and security ties with the US.

This reality for Europeans has resulted in a growing perception inside Tehran that Europe is a free-rider in the JCPOA in the way the US is, making Europe unwilling to provide Iran with meaningful economic benefits out of fear it would upset relations with Washington. Meanwhile, a growing number of European governments are deeply troubled by Iran’s regional behaviour and feel relations with Tehran have been further soured by alleged assassination plots in Europe – which Iran denies.

One realistic and concrete goal that Europe and Iran can prioritise is to operationalise their respective special purpose vehicle mechanisms for trade by the middle of summer. To help press this forward, Iran and the E3 should obtain greater expert advice from the private sector, including on how to ensure the Iranian mirror entity to INSTEX meets the minimal necessary anti-money laundering norms. If more EU countries become shareholders in INSTEX, and if a handful of transactions in the humanitarian sector take place through this instrument, then together these would constitute a clear sign of progress.

Talk of EU sanctions at this stage is premature and is more likely to provoke Tehran further. Instead, E3 leaders should consider efforts that could provide Iran with some economic relief, including allowing Iran to repatriate its own money sitting in European bank accounts, which have reportedly been blocked due to US pressure. The E3 should also double down on efforts to seek clarification from the US Treasury over safeguarding humanitarian banking channels with Iran.

China and Iran will no doubt be in separate consultations over how they can continue to trade in oil, such as oil swap arrangements via Russia. The E3 should consider how they can support this effort, including the possibility of connecting INSTEX, in some limited manner, to China and India, which both hold large amounts of Iranian oil reserves that could be used to fund humanitarian trade with Iran.

Europe is now under significant pressure from both the US and Iran, and there is greater risk of EU disunity over the Iran file. As the JCPOA deteriorates, European governments will be more tempted to join the US pressure campaign on Iran. To do so would be a dangerously foolish step that contributes to an escalation of tensions on Europe’s doorstep in the Middle East.

With each week, tensions between the US and Iran are rising. The US has recognised Iran’s Revolutionary Guard Corps as a “Foreign Terrorist Organisation” while Iran has reciprocated with a similar designation for US CENTCOM. Heated rhetoric was exchanged this week around the deployment of the USS Abraham Lincoln aircraft carrier and bombers to the Middle East. Both sides are seemingly putting in place networks and infrastructure to deter military attacks against one another’s assets in the region. In the absence of a serious diplomatic channel, the current maximalist approach from the Trump White House could spark a new cycle of intentional or inadvertent military confrontation in the region.

Moreover, Europeans should be alarmed by Rouhani’s repeated warnings that, in the current economic conditions, Iran cannot be expected to continue the fight against drug traffickers, refugee flows, and terrorists that could make their way from Iran’s borders into Europe. This message strikes at the core of European security interest.

Iran and Europe will bear the highest costs for such outcomes and have an interest in preventing escalation. In January 2018, Donald Trump set the E3 an ultimatum to improve the JCPOA. Despite significant diplomatic effort by the E3, it became evident that Trump had no interest in sustaining the agreement. Iran has now set Europe its own ultimatum but seems genuinely willing to find a solution. Under these conditions, Tehran may well have concluded that it needs to inject a shock into the JCPOA in order to save it, by forcing the E3 and China to take more proactive steps. If Europe treats this matter with the urgency it requires, there could be creative paths for political brinkmanship that de-escalate the current scenario. 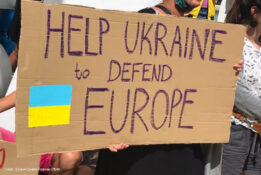 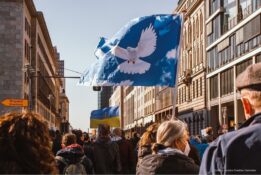 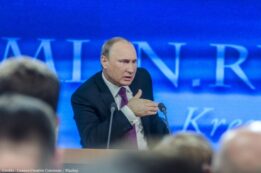 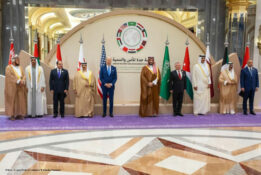 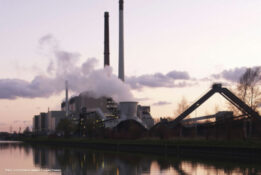 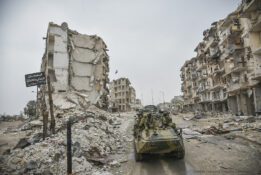